History of the hills and fort

Undrugonda Giridurgam was originally built by Vishnukundinulu and Kalyana Chalukya dynasties in the 5th century A.D. Later, it was developed by different dynasties at different periods such as Kunduru Cholas, Recherla Padmanayakulu, and Reddy Rajulu. Later, Kakatiyas, Bahamani Sultans, Vijayanagara Kings & Ajamjahi Kings ruled this fort by their representatives. British archaeologist Robert Swell who visited this fort during the Nizam period, quoted it in his article “Archaeological remains in the presidency of Madras, Varanasi,” published in 1852.

This fort also played a role during the Indian union’s annexation of the Nizam kingdom when Nizam Nawab put Khasim Rajwi’s army at Undrugonda fort to prevent the progress of Indian armed forces towards Golconda. This fort also got its role in “Telangana Rythanga Poratam.” 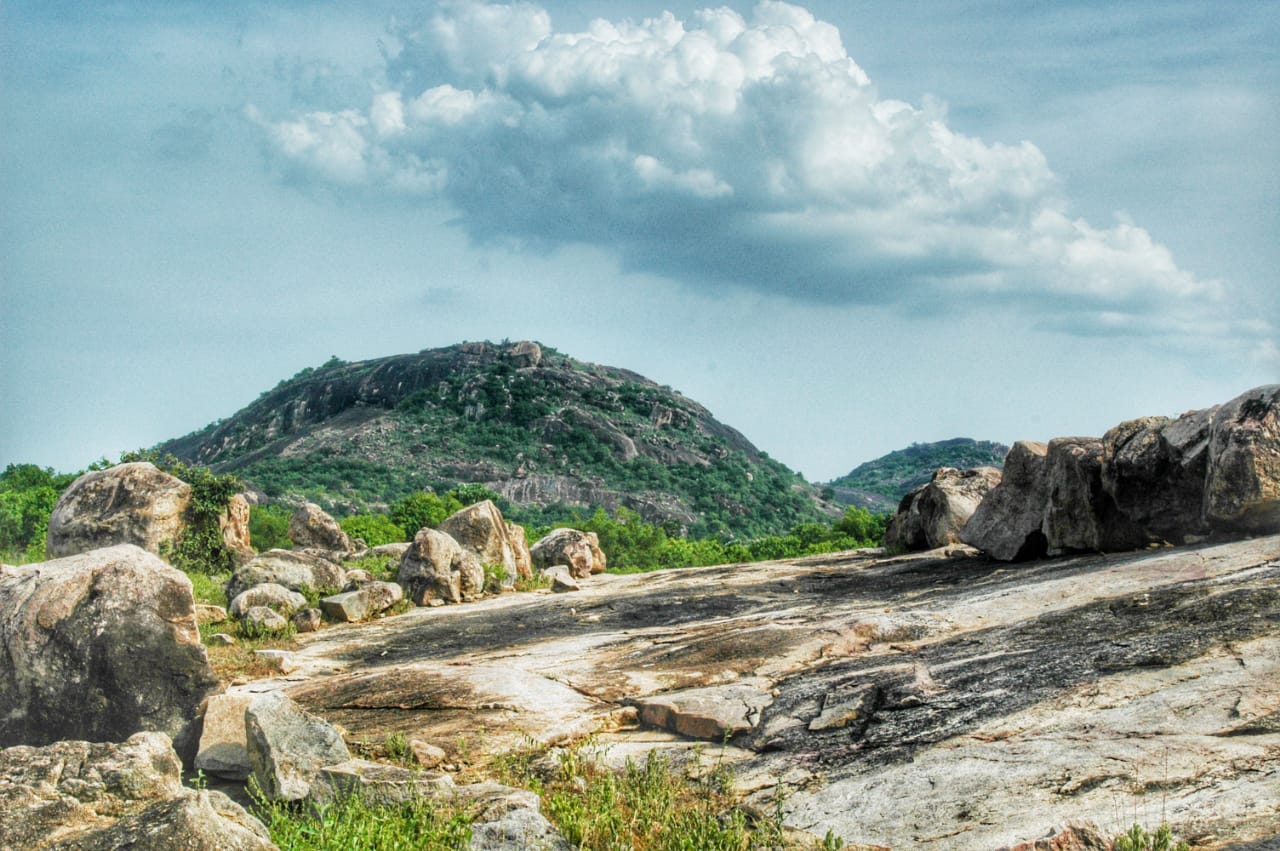 The hillfort is extending over 1500 acres of land area surrounded by eight hillocks connected and protected by different fortifications (Prakarams) and gateways (Dwaralu) with garrison inside.

Undrugonda Giridurgam was originally built by Vishnukundinulu and Kalyana Chalukya dynasties in the 5th century A.D. Later, it was developed by different dynasties at different periods.

Trekking Undrugonda hills gives us a break from our ordinary routine and a chance to reconnect with the natural world and ourselves. Undrugonda Hills offer excellent opportunities for Trekking.

No Distance Is too Far

Plenty of places of meditation for ancient saints (“Rishula Guhalu”) exist there.

All the hills, valleys, hilltops, water lakes, fortifications, and temples make Undrugonda a scenic archaeological, spiritual, trekking, and hiking center, and people from different walks of life are visiting Undrugonda for relaxation.

If you want to find out more information regarding Undrugonda or for any updates. Please subscribe to our newsletter.